Its been many years since I threw a D20 in anger, but the thought of certain roleplaying games still get the old nerd juices going. I played a fair few of these things when they ruled the world in the '80s - D&D, Runequest, Judge Dredd, Paranoia, Star Trek...aaaah happy days. I think my fave was probably Golden Heroes though.

Released by Games Workshop when it was at the height of its powers, Golden Heroes was a super-hero RPG which had two superbly illustrated rulebooks. I lost my original copy many years ago, but recently bought a new set for 1p on e-bay.

The list of artists who worked on the game includes Alan Davis, Brett Ewins and Brendan McCarthy. Theres also a credit for Brian Bolland, but I can't seem to find any of his stuff in the books.

Anyway here are a few of the best bits. Nice curios. I know Alan Davis has done a lot of work in super-hero comics, but Ewins and McCarthy never really made any impact in spandex, so its interesting to see them doing it here. The Davis stuff is great, but I particularly like the Ewins stuff. Apart from the one headshot I've included here McCarthy's contributions all have a futuristic/sci-fi theme, I get the feeling he was loathe to draw super-heroes. golden heroes rocked. Bollands all over the expansion pack isnt he, or did i dream that?

He did the cover art for the Legacy of Eagles scenario. I owned it, but we never played it.

I remember mine and Gary Kyriacou's team - The Exonerator and The Vindicator. HaHa.

Pure Genius Dom!
By the way... That DF guy ROCKS! 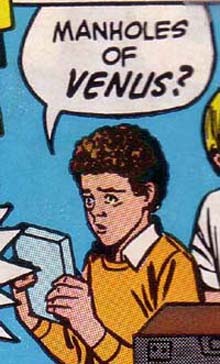 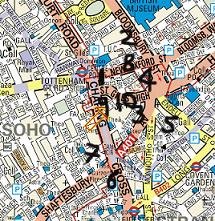